This weekend I was lucky enough to get an early invite to the Call of Duty 4: Modern Warfare Multiplayer Beta (wow that's a mouthfull). It's pretty nice, at least it kept me up a couple nights this weekend. There's 3 maps and up to 4 modes, although I only played free-for-all (every man for himself with respawn) since my gaming is rather recreational and low priority. Playing team games requires communication and time, I don't have much of either when it comes to gaming.

I've leveled up to Corporal II so far and unlocked a few perks and other goodies. Today (Monday August 27th) is the official opening of the Beta, so if you read this in time (2pm central time) and you have a 360 and xbox live Gold go to http://charlieoscardelta.com today and try and sign up under the beta section.

Until next time
Les
at 6:09 AM No comments:
Labels: video games

So I've had time to sleep and think it over. I have to admit maybe I blogged too soon. Maybe I really just needed to finish the demo a few times to get a true grasp of the mood. After all this, I can't deny, I want to play Bioshock. I've decided that maybe what creeped me out the most is the setting. It seems to me that the devs did an awesome job of taking me into the depths of the ocean and leaving me for dead. The first time through the demo I really had a sense of hopelessness.

What helped take me there? Well I've already mentioned how I thought the visuals are great, so I'll leave that alone. The sounds. That's right. From the 1950s soundtrack playing to the eerie sounds emanating from around all corners. I feel like I am there, wondering if I'm going to run into some new impassable threat. I don't want to die here. That's what I feel.

Things I've found that I really enjoyed in the demo: hacking. You can hack any electronic security device. So I was able to make a security camera work for me (instead of constantly sending security bots after me it sends them to my enemies). I revived a busted security bot and it hovered around like a guardian angel warding off foes who would come after me. I didn't hack the turret gun, so I may play the demo once more just to say I did. To shanghai a device you basically have 2 options. 1) Hack it. To do this you get a simple version of a pipes game. Make the flow of energy get from 1 point to another by revealing tiles and arranging them to the proper flow. 2) Buy them off. You collect money throughout the game, you can use it to pay the device to work for you, so you don't have to chance hacking it (if you fail to hack a device in time it will blow up in your face).

So budget wise I still will not buy this game. But I have to retract my statement and say now that I am sorry I won't be playing this game this week. Maybe one of my friends will loan it to me when they're finished (Rainbow Six:Vegas is on the table). I do have to say though that I would try to open the achievement Little Sister Savior not for my conscience but rather for the hope of obtaining all achievements.

Until next time
Les
at 6:35 AM 3 comments:
Labels: video games 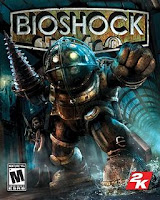 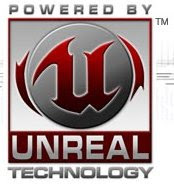 I've recently played the Xbox 360 demo for Bioshock. The game is nice in the since of visuals. I'm a huge fan of games developed with the Unreal Engine and this one doesn't disappoint. The graphics are simply awesome.

The location is interesting. You find your way to a city enthralled in chaos hidden deep in the ocean. The scene is 1950ish and the setting definitely takes you there. All along the way you get hints and info on what this place is and what has happened.

I won't be getting this game. For one it doesn't fit into my budget (time and money). More importantly though, for me, is the feeling I get from playing this game. It gives me an eerie and creepy feeling. It's not so much the amount of visual darkness they submerse you into. It's the sense of: Something here is wrong and I'm going to have to do something wrong to survive. I enjoy the visuals, but the aftertaste of this game is creepy so I won't miss not owning this title.

Don't get me wrong. I'm all about shoot-em-up games. But I like a better defined line between what is and what shouldn't be. I have no problem battling the digital hordes of Locusts in Gears of War because I feel that the sides are well defined and I don't feel bad about the side my character represents (this only applies to campaign mode, multi-player is a non-issue for me). In Rainbow Six: Vegas I know I'm fighting for what I feel is right as I take down terrorists trying to do harm to American soil. So overall I don't have particular problems with digital violence in games, after all it's just digital images following the code's instructions. I just don't want to feel creeped out by what's going on. end rant

I wouldn't say don't play Bioshock, I'm just not going to get it.